“A watering-place of modern origin,” says one 19th Century guidebook. Wemyss Bay was and still is very much the consequence of the rail connection to Glasgow (1865) and the regular steamer service to Rothesay (1870) (read more about the station and pier).

The name “Wemyss” would seem to have no connection with the East Wemyss located in Fife, and it is thought that our Wemyss may be derived from a certain Bob Wemyss, who owned a solitary hut which stood on the shore nearly 200 years ago. The other possibility is that it is taken from an old word meaning “a cave”, but where that cave might be is anyone’s guess.

Late in the 15th century, James III granted the lands of Kelly to the Bannatyne family, who went on to hold the land for almost 300 years. They built the original Kelly Castle next to Kelly Burn on the site where the caravan park now stands. This castle was destroyed by fire in 1740 and was never rebuilt.

A large white mansion house was built by Mr. John Wallace, a West Indian trader who acquired the Kelly Estate in 1792. After his death in 1803, his son Robert (who happened to be the first MP for Greenock and was also instrumental in achieving the Penny Post) enlarged both the house and the estate. He had plans to build a marine village around the bay, with a vision of 200 villas, a hotel, an Academy, three churches, terraced walks with a fountain and grass promenade, a harbour and steamboat quay, a bowling green, a curling pond, a quoiting ground, hot baths and a reading and billiards room.

However, these plans proved to be too ambitious. He went bankrupt and the estate was divided, with Mr. James Scott becoming the new owner of Kelly and Mr. Charles Wilsone Brown becoming the owner of Wemyss Bay.

Originally, Wemyss Bay formed part of the Ardgowan estate (Sir Michael Shaw/Stewarts) and was given to Wallace of Kelly in return for the lands of Finnock in the year 1814. Kelly was sold in two distinct and nearly equal portions, Mr Scott of Glasgow purchasing the one (Kelly Portion) and Mr Wilsone Brown, also of Glasgow, being the purchaser of the other.

The latter built the Castle (Castle Wemyss) and feued several portions of the ground but was obliged to sell in the year 1860 when Mr John Burns became possessor.

Long before any of the present houses were erected, the whole bay was overgrown with trees and shrubs down to the water’s edge. The only habitation was an old fisherman’s house called “Wemyss Cottage” and so named on the old plan annexed to the Ardgowan title deeds.

At that time, salmon fishing at Wemyss was very valuable and the cottage was let by the laird of Ardgowan to a Mr Main of Edinburgh. Before the excambion took place between Mr Wallace and Sir Michael’s ancestor, portions of the ground in the centre of the Bay was feued for four houses. These houses were built by Mr Orkney, relative of Provost Orkney of Rothesay.

They were designated “New Glasgow” from the fact that Glasgow merchants occupied them and for many years were the only houses in the Bay. They were all of the same design and the proprietors seemed to have constituted themselves into a “Dean of Guild Court” on a small scale as there was a clause in the titles binding the proprietor to respect the similarity of design and forbidding them to alter or improve the dwelling without the consent of others.

This agreement must have fallen sadly into abeyance since one of the houses, Dunloe, belonging to Mr Hunter, has been so altered as to be scarcely recognisable in its original form. Two others were replaced by Redholm.

Mr. Brown started development work and by 1855 had increased the number of villas from four to thirty six. These villas earned the nickname ‘Little Glasgow’ because they were let to wealthy Glasgow merchants.

Meanwhile, Mr. Scott sold Kelly to Dr. James ‘Paraffin’ Young in 1867, who was known to have entertained Dr. Livingstone in his time. After his death in 1875, Dr. Young built a replica of Livingstone’s African hut in the grounds of Kelly House. The estate was then sold in 1889 to Alexander Stephen of Linthouse who decided to pull down the mansion and build a new Kelly House which overlooked the pier and station. This was a very large, Gothic style mansion with tall chimneys and turrets. There were extensive landscaped gardens and a rather beautiful Botanic garden sized greenhouse.

This building was doomed to the same fate as the original Kelly Castle and was destroyed by fire in 1913 in suspicious circumstances. The cause of the fire was never firmly established but it was thought to have perhaps been the work of Suffragettes, and it was reported at the time that “two muddy and disheveled women” had boarded a train at Fairlie shortly after the fire had started.

The ruins remained until the 1940’s, and the estate was eventually divided and sold in the 1950’s. Nowadays, the caravan park stands on the site.

Mr. Charles Brown was also responsible for the building of Castle Wemyss. The estate was bought in 1860 by Mr. John Burns, later to be Lord Inverclyde, who enlarged the castle to the design of Billings. He also built a pier and designed gardens, conservatories and a tennis court. Alan, 4th Baron Inverclyde, succeeded his father in 1919.

Many notable guests are known to have been entertained at the castle including General Sherman (Commander in Chief of the United States Army), Haile Selassie, Emperor of Ethiopia, in 1936 and the Royal Family who visited in 1947 for the review of the fleet.

Lord Inverclyde died in 1957 and, as there was no direct heir, the castle was sold for development to a builder. The castle fell into ruins and the land was eventually developed into a housing estate in the late 90’s. 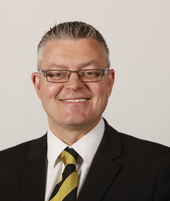 Wemyss House, the seat of George Burns, Esq., father of the aforementioned John Burns, was built in 1860 on the shore of the Firth of Clyde, standing where Undercliff Court now lies at the end of Undercliff Road.

The house was built of white sandstone and formed a very striking feature when viewed from the Firth. It had beautifully terraced gardens uniquely placed on the cliffs behind the house (parts of which can still be seen today, as shown in the picture below, although much of it is overgrown).

There were extensive conservatories adjoining the house, one of which contained one of the largest specimens of New Zealand Tree Fern in the country. George Burns came from a family which had long occupied an honourable position in the West of Scotland. His grandfather originally came from Stirling but moved to Glasgow where he distinguished himself as a scholar, compiling both an English Dictionary and a Grammar, which were used in schools throughout the country for many years.

He died at the age of 84, but could remember seeing combatants in the Battle of “Shirra-Muir” (Sherriffmuir?) pass by his father’s house in 1715! His son, Dr. Burns, an only child born in 1744, was carried in his nurse’s arms to the King’s Park in Stirling, where the Hessians were encamped. These were a group of people who had been employed in the unsuccessful rising in favour of Bonnie Prince Charlie in 1745, and who remained for a time thereafter in Stirling. Dr. Burns went on to become Minister of the Barony Church in Glasgow where he worked for 72 years until he died in 1839 at the grand old age of 96!

He had nine children, four of whom died in early life. The youngest surviving son was George, born in 1795, who was founder of the great shipping house of G. & J. Burns, and later the Cunard Fleet. In 1822 he married the eldest daughter of Dr. Cleland of Glasgow, who was said to be the father of social and vital statistics in this country, and they had two sons, John Burns of Castle Wemyss and James Cleland Burns of Glenlee, Hamilton. George Burns’ wife died in 1877 in Wemyss House at the age of 84. Mr. Burns erected the English Episcopal Church of Wemyss Bay (since demolished and where Dunara now stands) as a memorial to his beloved wife.

IWBCC face-to-face meetings are suspended for the moment, but the five of us are still dealing with any local issues that arise.

We are holding online Zoom CC meetings if you wish to join in, just get in touch and we will send you the links to join our monthly meeting.

We will keep you posted with any info we get  here on the website or on Facebook page.

If you need us ,we can be contacted by email (iwbcc@yahoo.co.uk) or phone.

Stay safe and healthy everyone.

If you are interested in joining IWBCC and becoming a local community councillor – please get in touch…as we are currently running 4 short.

The Gnomes have gone home, with only one applying for asylum, (or has been kidnapped), so far. Winners will be announced as soon as all of the prizes have been delivered.

Thanks for all who took part.